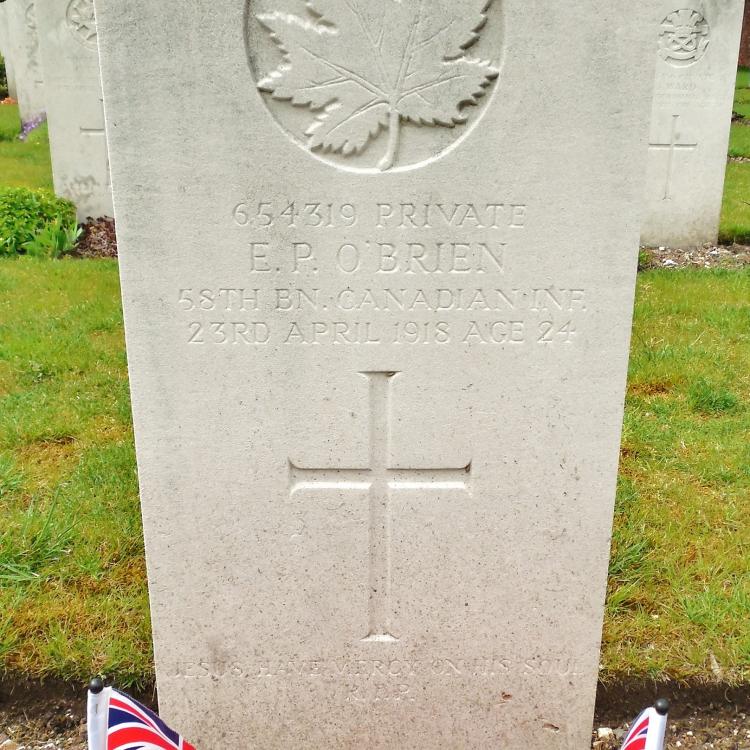 In the autumn of 1916, the 161st Battalion left Huron County and travelled to Halifax in preparation for going overseas. They embarked from Canada on November 1st and arrived in Liverpool on November 11, 1916. On December 1st, Private O'Brian transferred to the 64th Battalion and then in the middle of January 1917 he transferred to the 2nd Canadian Labour Battalion. He was with this unit when he went overseas in France on February 10, 1917. Six months later in August he transfers to the 58th Battalion and joins his unit in the field in very early November 1917.