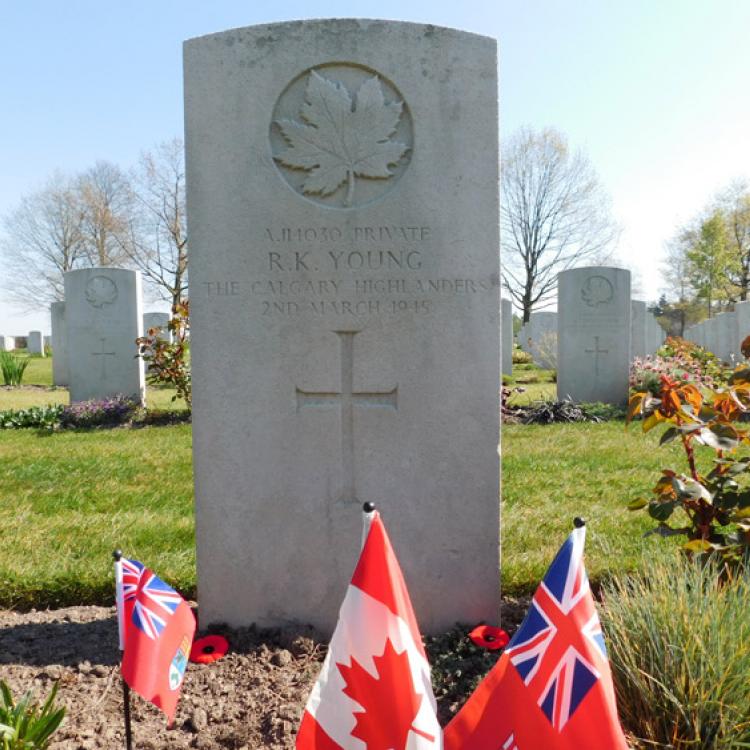 Richard was born on July 17, 1913 and grew up with his family on Trafalgar Street in Goderich and attended school until the age of 14. He enjoyed bowling, softball, dancing, movies, cards and his friends. He had worked as a Marine Engineer for 9 years and had worked for Algoma Central Steamships as a 4th Class Marine Engineer for two years up until approximately the late part of 1942. The boat he was sailing the Great Lakes on for Algoma Central Steamships was involved in the Great Lakes ore trade.                                                              On December 30, 1942 he travelled to London and enrolled under the Militia Act - Natural Resources Mobilization Act of 1940. Any man who volunteered could go overseas otherwise you had to serve in the Home Defence of Canada . Upon enrolling he stood 5' 5"  tall and weighed 158 pounds. He had a medium complexion with brown eyes and hair. He was then sent to No. 1 Natural Resources Mobilization Act Depot and from there he went to No. 1 District Depot. He was Taken on Strength with the Oxford Rifles who were with 7th Canadian Infantry Divison - 16th Infantry Brigade and were under the command of Home Defence of Atlantic Command.

However, when the Japanese invaded the Aleutian Islands in 1942 and there was now urgency in Ottawa and elsewhere about the gravity of this development. It was decided that the Canadians and Americans would have a joint force to deal with this situation and the Canadians contingent would consist of the the Canadian Fusiliers, the Winnipeg Grenadiers and the Rocky Mountain Rangers who were numerically the strongest units from the 8th Canadian Infantry Division of Pacific Command. Their numbers were increased by those who were part of the Natural Resouces Mobilization Act. Private Young went to the Pacific coast and took intense training in preparation for the campaign in the Aleutians.

Private Young one on board one of four transport ships that departed from Chemanius and Nanaimo on July 12th and attached to the Winnipeg Grenadiers. The total Canadians of all ranks numbered  4,831 men. While at sea on July 15th he was granted the daily pay rate of $1.50. The Canadians disembarked on July 21st at Adak Island where they would continue with their training. On August 11th the Canadians boarded their ships which then left the harbour on their way to Kiska Island. On August 15th, the Canadian 13th Infantry Mountain Brigade came ashore and for the next two days they struggled inland in the thick fog with machine gun fire and artillery fire all around them. It was then they began to realize they had attacked an island with no Japanese forces on it as they had all left. The Canadian then remained in the Aleutians for three more months and continued with their training. Private young embarked from the Aleutians on January 3, 1944.

Private Young disembarked in Vancouver and received 30 days leave.  He then travelled to Gordon Head near Saanich and on April 4, 1944 he enlisted into the Canadian Army with the Winnipeg Grenadiers. It was then off to the east coast to Nova Scotia and once there he received embarkation leave from May 4-14th. Private Young was Struck off Service of the Canadian Army in Canada and embarked from Halifax for overseas on May 25th.