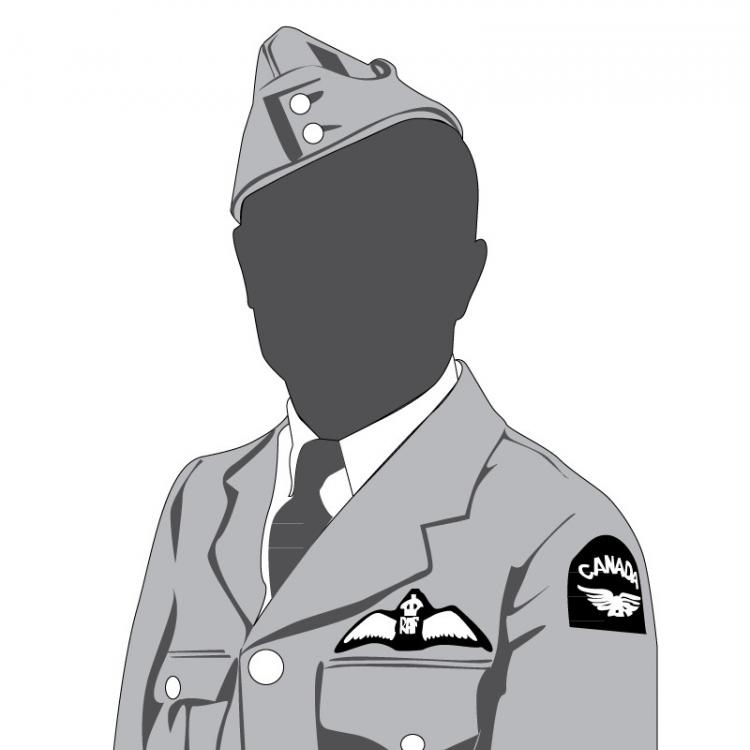 Frederick was born on June 24, 1919 in Goderich and the Cooper home is what is now known as the Thyme
on 21 Restaurant and Frederick was a member of North Street United Church in Goderich. He attended Central Public School between 1925-33. He attended high school at Goderich Collegiate Institute between 1933-38. He received his matriculation after studying English Literature, Canadian History, Geometry, Physics and Algebra. He then wanted to obtain his Business Administration and studied at Goderich Commercial school operated by Westervelt School  between 1938-40. While there he worked at the Shell Service Station as a mechanics helper. He then worked  at the Central Mechanical Depot in London between 1940-41. From there he went to Toronto in 1941 and began working at Sieberling Rubber as a payroll clerk and cost clerk. They were located on Bloor just west of Landsdowne by the railway tracks. He enjoyed swimming, skiing, tennis and football. .Between August 28-December 10, 1941 he attended No. 20 Canadian Army Basic Training Centre in Brantford and Petawawa. The war had been in progress two years and at this time he enlists in Hamilton, Ontario on December 11, 1941 at the Royal Canadian Air Force No. 10 Recruitment Centre.