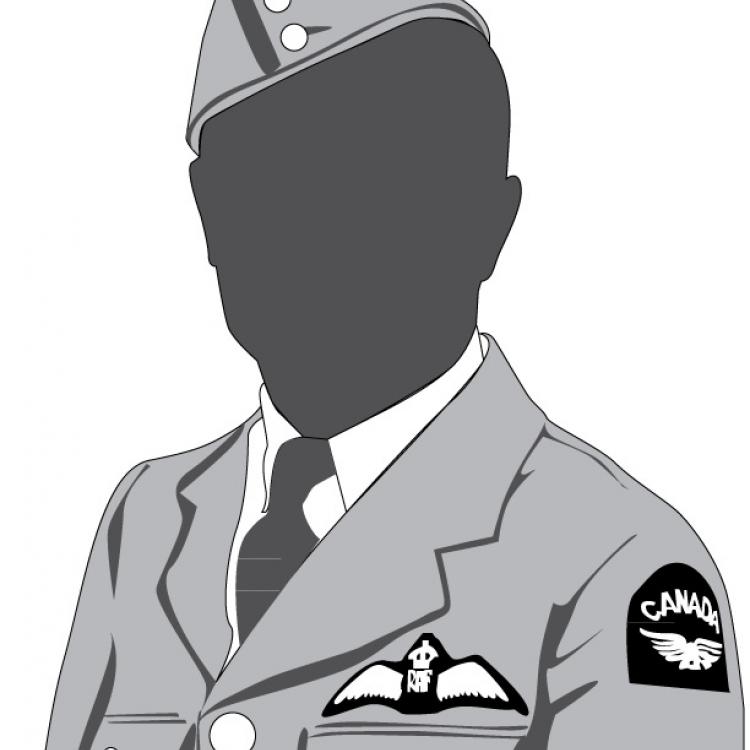 Walter was born in Goderich on April 8, 1909. He attended public school at Central Goderich School (1917-1924). Then he attended high school at Goderich Collegiate Institute (1924-1928). Between October-November 1926 he attended the Provisional School of Visual Telegraphy in Goderich. While in high school he took five subjects for his Junior Matriculation. Growing up he had bouts of whooping cough the measles, the mumps and diptheria at age 9. His hobby was photography. He played badminton, tennis, baseball, golf, basketball and liked swimming. He smoked 10 cigarettes a day and smoked a pipe twice a day and drank alcohol from time to time. He was part of the Huron Regiment as a Private in the Signalling . After leaving high school he became employed as a bank clerk with the Royal Bank of Canada from 1929 for eleven years until his enlistment. He was a member of North Street United Church.

When he arrived in the United Kingdom on March 2nd he was Taken on Service in the United Kingdom with the RCAF. On March 15th he was assigned to No. 11 Operational Training Unit of Group 6 RAF Bomber Command and they were based at Bassingbourne - Cambridgeshire. He would train here for night missions on the Wellington bomber. He was then posted on April 3rd to No. 1 Signals School based at RAF Cosford - Shropshire. When he completed Signals School he was posted to No. 20 Operational Training Unit - Lossiemouth - Warwickshire and would continue with the training for night missions on the Wellington. Then, in the middle of July he was posted to No. 7 Squadron and in August it became the first RAF squadron to fly the Short Stirling bomber. From the time he arrived until the mission of December 18th he was training on the Short Stirling.