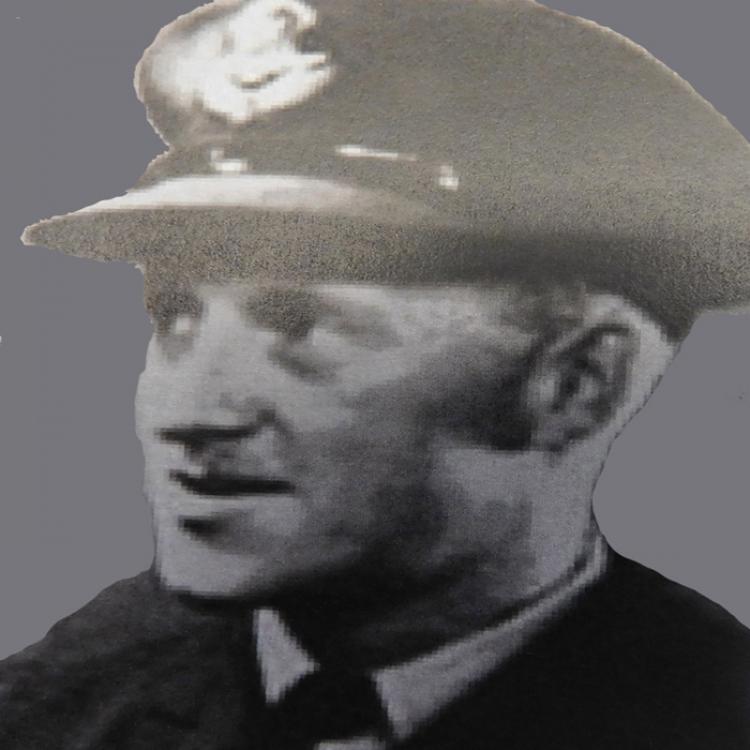 Henry was born on April 15, 1912 in Exeter. He attended SS #10 Lumley School. He was known to have
enjoyed baseball, rugby, track, hockey and pool. His hobbies were mapping / surveying. He was raised United and would have attended  Exeter United Church. He attended SS No. 10 in Usborne Township from 1917-25, then from 1925-30 he attended Exeter High School  and between 1930-32 he attended the University of Western Ontario and was an Honours student in Geology. After his education he became a teacher and taught at SS #2
Thames Road in 1934 and then went to work in the gold mines of northern Ontario. He was employed with Kerr Addison Gold Mines at North Virginiatown in the Timiskaming District near the Quebec border.

Pilot Officer Anderson embarked from Halifax early in August by way of Iceland and disembarked in the United Kingdom on August 13. The following day he reported to No. 3 Personnel Reception Centre in Bournemouth. On October 7 he was posted to RAF No. 23 Operational Training Unit attached to No. 6 Bomber Command and based at RAF Pershore - Worcestershire and here he trained for night missions on the Wellington bomber.            On January 1, 1942 he was posted to RCAF No. 419 Squadron based at RAF Mildenhall - Suffolk with No. 3 Group Bomber Command.

In November of 1943 Henry's sister Mrs. Glenn Maclean received the Memorial Cross. In April 1946 the Anderson family received the medals awarded to Henry which included the 1939-45 Star, the War Medal along with the Canadian Volunteer Service Medal with clasp.